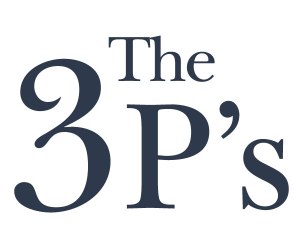 Public relations is about credibility. To have an objective third-party (the media) talk about your product (destination, venue) – even if what is being said is not entirely positive – is to achieve a kind of validity that lies beyond the reach of advertising. That’s why PR firms can charge those eye-watering retainers. That’s why businesses with deep pockets don’t think twice about paying them.

But the meetings industry is not entirely awash with money. There are plenty of convention centres, PCOs and convention bureaux that don’t have limitless cash to splash. What then? Well, now I’m going to let you into one of those little secrets that you probably knew already: Public relations is not rocket science.

The same could be said about journalism, of course. The thing is, just because something is not rocket science doesn’t mean you can’t mess it up. And it doesn’t mean those PR firms who get results for their clients are necessarily over-charging. It can take a lot of patience, hard work, and – yes – skill to do relative simple things exceedingly well. It’s much easier to be half-arsed about it.
As a journalist I receive dozens of press releases every day. I don’t really think about it now, but subconsciously I’m looking for the three Ps. Point (or Purpose), People, and Pictures.

Journalists are trained to address the five Ws – who, what, why, where and when. They are all vital building blocks in a story. But the keystone is surely ‘why’. Without ‘why’ all you have is a string of facts. ‘Why’ is the point of the story. Its purpose. And it’s why you read beyond the first paragraph. So, ‘a convention centre is being expanded’ is a fact, whereas, ‘a convention centre is being expanded after losing business to a rival’ is a story. You have to read on…

I’m also looking for the human interest. People are interested in people. It’s extraordinary how many press releases I receive that overlook this plain truth. Convention bureaux tell me how much their destination is going to gain in ‘delegate spend’, as though this were the single most interesting thing about a meeting. As though they couldn’t think of anything more pertinent to connect the destination with the subject matter, with the thousands of expert people entering their city.

That’s what I mean about half-arsed. For surely it takes only a little bit of digging to find a human angle – even if it’s just the fact that an ambassador has secured the conference for their hometown. A quote from them, and a little bit of personal background, would be enough to make a bog-standard ‘city-wins-bid-to-host’ story stand out from countless others in a similar vein.

Finally, I’m scanning the attachments bar for a picture. Not a grainy thumbnail or a corporate logo, but an arresting, well-composed, colourful picture that could almost be published without any words. Here’s another secret. Journalists can’t say no to a really good picture. They are too rare, too precious. We use them despite ourselves. We use them even if the ‘story’ doesn’t really justify their inclusion. Why? Because human beings are visual creatures. We like looking at stuff. Because if the art of journalism is concision, a single picture can tell a thousand words.

4 comments on “Remember your Ps”

ICCA in the news